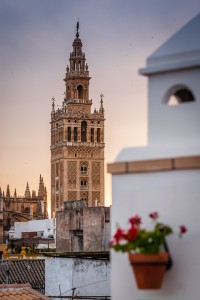 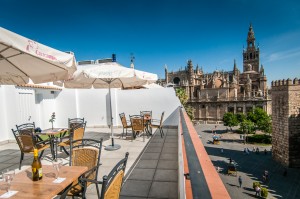 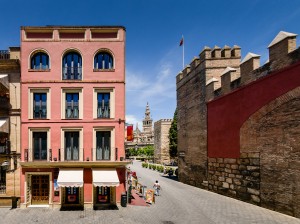 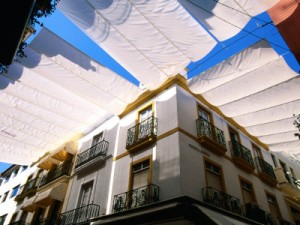 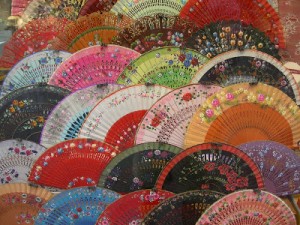 Seville goes to the show

Seville has served as a backdrop for many movies, which make locals proud despite the collateral inconveniences of blocked streets, traffic jams, etc. It´s nice to see your city in a movie, especially if it´s a foreign movie. It´s flattering to see that an artist has chosen our monuments as the scenery for their work, even if it’s somehow hard to identify them, as was the case with the Plaza de España in StarWars: Episode II – Attack of the Clones.

Among the latest releases shot partly in Seville you may remember Knight & Day, starring Tom Cruise and Cameron Diaz. Yet, a notable faux pas in the film depicts the two protagonists in a chase scene through the narrow streets of Seville during the famous Running of the Bulls, which is typical of Pamplona’s San Fermínes celebration! 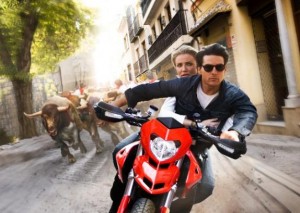 Running bulls in Seville in the film Knight and Day.

We´ll forgive this “poetic license” for the sake of added action and drama. But now that the San Fermines festivities have begun – they take place from July 6th to 14th – we might as well clarify that Pamplona is in the region of Navarra, in the north of Spain. Seville has a long tradition of bullfighting, and La Real Maestranza is one of the most renowned Plaza de Toros in the world, but we simply don´t run in front of bulls here.

So, if you wish to visit the centuries old Alcázar, tour the 3rd largest cathedral in the world and the magnificent Plaza de España, or experience a corrida de toros, you´ve come to the right place. If you share Ernest Hemingway´s passion for the San Fermínes, I´m afraid you´ve got a train to catch!